From the West to the East, Lyricist Kensho Kuma keeps crowds rocking without losing his passion for the craft

It was in 1985 that Kensho Kuma immigrated to the United States with his family, making the long trek across the Pacific Ocean before settling down in Berkeley, California. He arrived at a fortuitous time as hip-hop was blossoming across the country, making inroads into every community as millions of people became familiar with what is now the biggest genre of music in the world. Kensho began listening to his own music in junior high, bopping to and fro between genres as his musical palette expanded and took hold. Back in the physical copy days, it was a hell of a lot harder to sneak music past parents that were on the lookout for anything containing obscenity or explicit material. For Kensho, this meant that the first time his mom overheard him listening to classic tapes like Lethal Injection or Death Certificate she shut it down quick. As he went on through high school Kensho wouldn’t allow this to stop him though, as he began devouring tapes as quickly as he could his hands on them. Early 1990’s classics like Doggystyle and The Chronic stayed in heavy rotation for Kensho, exposing himself to a whole new world that was hidden just out of sight until then. Although Kensho may have not been fully aware of the world that he was stepping into, he did know for sure that every time he put on his headphones and let the rhymes flow over him, he knew it was something that he wanted to find out everything he could about this new world. The year was 1995 when Kensho was first put on the East Coast monsters, the Wu-Tang Clan, and everything clicked. Raekwon’s critically acclaimed album, Only Built For Cuban Linx aka the Purple Tape aka one of the best albums of all time, was THAT tape for Kensho. From the moment the tape ended, Kensho knew that hip-hop was something that he wanted to find everything out about, thus beginning his dive down the rabbit hole.

College is a place for individuals to let loose, find themselves, and take a shit load of classes that have absolutely nothing to do with their future careers. Well, except for accounting 101 which is useful for keeping track of student debt throughout the years. Luckily, Kensho had figured out that his life would be dedicated to understanding and becoming the best MC he could before he left his parents house. He began his journey intro recording by using a 4-track Tascam recorder, an old-school piece of recording technology that allowed him to create a studio feel without leaving his own room. When Kensho wanted to change up the vibe, he would head out to different home studios across the Bay Area, connecting with friends and others on the same mission as him. At the beginning, the set-ups were all mainly do-it-yourself type of set-ups, put up by those who had a deep love for hip-hop and wanted to give it a go. As Kensho’s craft progressed, the studios became more professional as well as the surrounding environments. Every summer, Kensho would take trips back over to Japan to visit family and dive into the Japanese rap scene, which was fledgling at the time, although it has now grown to be a self-sufficient scene with its own superstars and avenues to become one. In fact, Japan was provided fertile soil for Kensho as his career grew. When he would go over in the late 1990’s, his bilingual ability set him apart from everyone else, and when he showed that he could rap? Forget about it. Kensho regularly began making trips overseas not to visit family, but to go on tour, selling out shows across the island country. Tower Records (RIP) and HMV, two retail music distributors, gave Kensho distribution deals for his first three albums which was vital to helping him get his name out there. When the time came for Kensho to graduate from school, he found himself right back locked into the 180 day schedule that lasts from September to May, helping young ones discover their own passions. He didn’t hop immediately into the teaching space, but when he did, it should be no surprise that Kensho chose arguably the hardest age group of kids to deal with by becoming a middle school teacher. Shouts out and a standing ovation to anyone who is willing to teach middle-schoolers, because there is no more wild of an age to try and teach. Inevitably, his two worlds intertwined, but Kensho did his best to keep them apart, as “it is way easier to be a non-rapping teacher than a rapping teacher” Kensho said, “Hip-hop has a wonderful educational implementation because kids love it but when it’s all said and done, it’s just way easier to be a regular teacher.” Kensho has picked up many lessons through his time in hip-hop, but one of the most important lessons he has learned hasn’t come from what he has experienced but rather what he hasn’t. “Something is missing from hip-hop as a whole”, Kensho explained, “It’s having a very hard time admitting to itself but a vast majority of people in hip-hop are regular people. We aren’t trapping or hustrling or stripping but instead are being regular ass people.”

Kensho may have landed in the Bay Area a little while after the summer of love when acid flowed faster than water, but that doesn’t mean the drugs weren’t still flowing through the youth. The dankest of kush, mushrooms that you wouldn’t want your mom to accidentally put on her salad, and little bright pills promising the sweet relief of ecstasy. It was while going to Berkeley High that Kensho first became intertwined with these different substances, dipping a toe into the waters with weed, and finding the water warm, dove right on in. Soon, Kensho thought nothing of heading to school with boomers guiding his way through the day, maybe slipping an X pill in here or there to keep him on his toes. He was far from being the only one, “Growing up it was just part of the diet, we had too much fun”, Kensho explained, “Certain life things had happened that at the time was horrible but I didn’t have any real coping skills without them”. It wasn’t long though until the fun wore off and the reality of drug addiction set in, a grinding cycle that Kensho found himself battling through.  Reality for Kensho fully set in when he was turning 30 years old and Kensho and his fiancé broke it off. He came to the realization that the only high left for him was death. Spending his entire life in the space of hip-hop, Kensho found it incredibly difficult to step away without speaking on the fact that it’s become normalized within hip-hop to be intoxicated 24/7. Kensho spoke on the fact that there are some guys that he knows locally, great artists, but that he has never interacted with while they were sober throughout his entire career. Luckily, Kensho has been able to stay strong and focused on his future while staying sober. This zone is where Kensho has been while reating his latest project, “Lineage of the Lyricist”. It is an intense effort, punctuated with plenty of the boom-bap that initially inspired Kensho to pick up the mic oh so many years ago, while still relaying messages that are relevant to todays youth. It also represents the first mixtape mixtape that Kensho has released, given that the last four were official albums. It is also a culmination of Kensho spending years busting out hours of freestyles at the Boom Boom Room in San Francisco. For Kensho, the honor of being able to carry on the ancient craft of lyricism is something he revels in, as he falls into his zone thinking of all the greats that inspired him (Kool Gee Raps, Ghostface, Sean Price, Vinnie Paz and Black Thought) are his five most influential artists personally) and lets it flow.

His latest release, Lineage of the Lyricist is available on kenshokuma.com, the first time that Kensho has gone full digital, so give the man the proper respect that he deserves for the years that he has dedicated to the game and go download it. No matter what, Kensho Kuma is in it for the long haul, and no doubt will continue to carry on the brilliant torch forging the path along the lineage of lyricists. 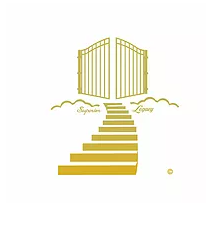